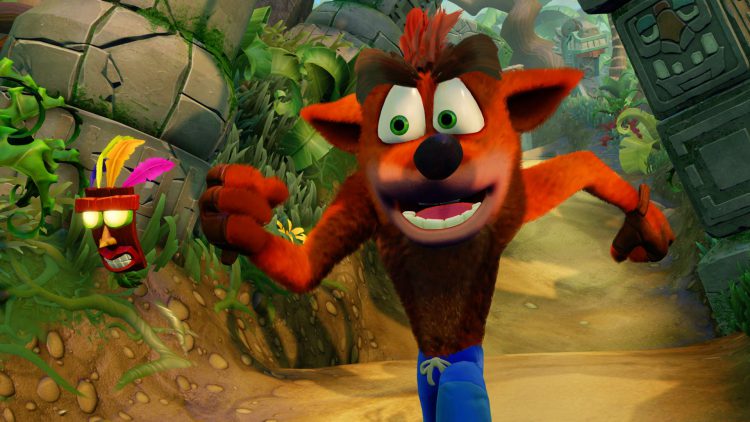 Friday evening.  I come home from a long day in work to find the very slim, humble looking Amazon box containing a game I have wanted to happen for a very long time.  Hours of my time were dedicated to Crash back on my original PlayStation and then my PlayStation 2 (Crash Tag Team Racing  and Nitro Kart need to happen).  I completed all three games back then.  The games posed a decent challenge and I thoroughly enjoyed them.

Fast forward to Friday night and the days that followed (I was working Saturday and Sunday so only got to play in the evening when the 2 younger kids were in bed).  Since owning my PS4, I have not once felt the urge to launch the control pad.  Crash changed that.  The games are significantly more difficult than I recall.  The clunky jumping and movement is very familiar but the sheer number of lives lost in the few hours I played it on Friday evening seem more than the lives lost across the entire game back on the original PlayStation.

The ‘Native Fortress’ became the bane of my life.  It’s family tradition to switch turns once you die.  The control pad has been passed around more than the ball gets turned over in a full game of basketball.  I even Googled the level – I was towards the end and couldn’t nail the timing on the jumps to the burning pad things (three in a row and by the time I jumped the first two, the third burnt my ass and sent me plummeting).  A YouTube video of the original gameplay showed the time between the flames was at least three to five seconds longer than this remakes take on it.  What the actual fuck?  Yes the game has been rebuilt from the ground up but the difficulty has been increased to the point that this family friendly, pleasant and enjoyable game has now turned into the videogame equivalent of Donald Trump’s Twitter feed.  Every single thing makes me hurl abuse at the screen, hammer the sofa/mattress, let lout pained growls and words that would make an entire fleet of whores blush.

I am now stuck on ‘The Lost City’ thanks to the platforms that convert to stairs when weight is put on them and the jump timing is relentless – this game is killing my fucking thumbs.  As an old-school player, the stick controls seem alien to me for Crash so I rely on the D-Pad.  I’m at the point where I hate the game at times.  To break the monotony, I decided to start Crash 2 (Cortex Strikes Back) and fared a bit better until Tier 2 of the levels.

I do not know how many lives we have lost between myself, my wife and my eldest daughter.  I live streamed the gameplay on Friday evening – our performance in that pretty much sums up the entire game for us.  Perhaps it’s that recent games have softened me up as, back in the day, games used to be pretty fucking hard.  The hours spent on the ‘Dizzy’ series of games, text adventure games and all the other treats of the late 80’s and 90’s before games became more about the graphics than the actual gameplay/journey.  I don’t know.  All I know is that this Crash is not my Crash.  I don’t even remember half of these levels either and I spent hours on each game getting all the crates, gems and relics and I’m sure the face-lift isn’t enough to make them unrecognisable.  Maybe the games were genuinely that hard back then and my mind has blocked out those taunted, horrific memories?

I did, however manage to get a platinum relic on ‘Hog Wild’ with a reasonable number of attempts.  That was a feel-good event considering the stench of fail at almost every turn. 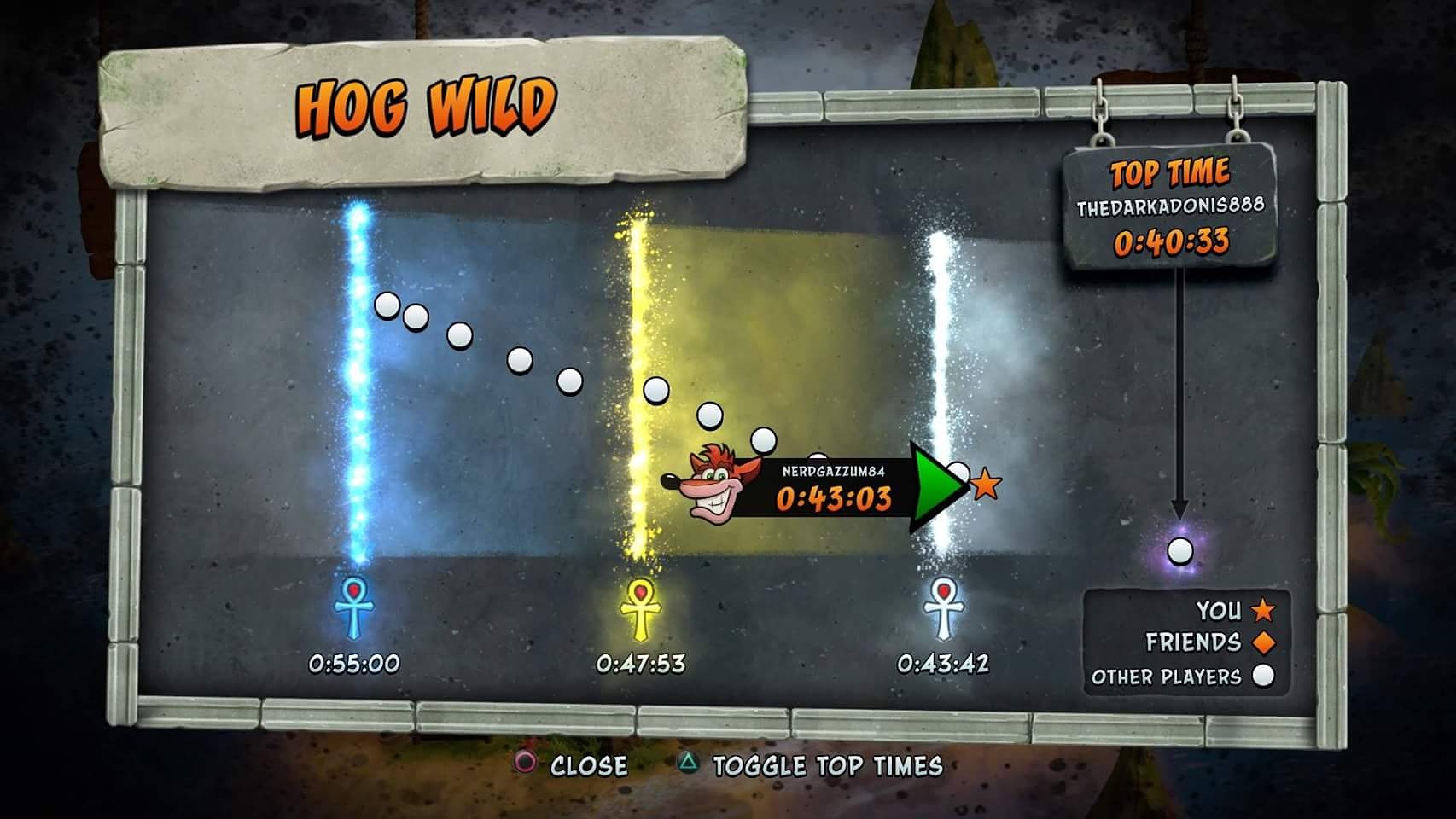 The game even brought me to question the very essence of Crash.  Crash gets washed up on the Wumpa Islands at the start of the game.  He was probably in the water for hours.  Drifting and getting submerged on and off as he floats helplessly.  You touch even the slightest bit of water when jumping from platform to platform and you die.  What the fuck?

In Crash 2, there are parts where he has to wade through water – water that looks deeper than the little streams/rivers in the first game that caused him to instantly die.  But then, later in 2, after having been able to wade in water, you still die in fairly shallow/just as deep waters!

This is not a review.  But, if you’re a fan of the original games…this could turn out to be an incredible disappointment unless you have the patience, endurance and thumb strength to make it through.  How the fuck folk on Reddit have already achieved the platinum trophy I do not know – they must be machines!

Watch all three of us suck (some less so than others…) below: