I was a late-comer to the party and my shamed head has been as hung as the state of Parliament, given the results of the 2017 General Election.  I watched ‘John Wick‘ about six weeks ago and have talked a lot about it.  The action, the story, the visuals…it’s the epitome of an action movie.  It’s action done right.  So, naturally, I desperately wanted to see ‘Chapter 2’.

I watched it the other night and, while I thought the original was amazingly perfect, this latest instalment blew the original out of the water.  The gorgeous visuals, the fantastic action sequences, the edge-of-the-seat experience of John vs an unknown number of enemies.  It used to be the case that sequels never bested their prequels (with the exception of ‘The Godfather Part II, Terminator 2 etc.) but this one took the original formula and went all Heisenberg on it.

I picked up on a number of things whilst watching the flick: the expansive network of the assassins, the code of conduct, the honour and secrecy in an ever-changing and evolving world…so many things that shroud this ‘community’ that spans across the globe and has deep, centuries old roots.  It made me think of ‘Assassin’s Creed‘.

With ‘Assassin’s Creed‘, I loved the game series up until ‘Brotherhood‘ and then I lost track due to the number of spin-offs and whatnot and, despite burning reviews, I did enjoy the movie adaptation.  For an action movie, it was pretty good.  But it lacked that essence  that made it feel like an extension to the world of Ubisoft‘s powerhouse title.  ‘John Wick‘ has that essence.

There’s a scene towards the end of ‘John Wick: Chapter 2‘ with Ian McShane‘s ‘Winston’ and Mr. Wick himself (Keanu Reeves) in a picturesque town/city square.  Winston is sitting by the side of a fountain awaiting John’s arrival.  They have a brief conversation before every single person stops and looks at John.  A signal from Winston sends them on their way, abandoning the square and leaving John and Winston alone to carry on with their conversation.  This scene hammers home the fact that these assassin’s are quite literally everywhere and, in an almost hive-mind state, a force to be reckoned with.  This is the Assassin’s Creed movie that should have been.

Switch out some of the locations, insert some complex plot for the Templars to extract information from our protagonist, splice in some flashbacks to times of old and add, who can forget, the ‘Animus’.  What if John Wick, or even Winston, is a descendant of Altair or Ezio and whoever else has roamed free within the AC universe?

It’s a shame that a movie, based on a game series with such a rich tapestry of historic and monumental events, failed to nail the very nature of the game series that made it so wonderfully brilliant.  The movie failed to create that feeling of togetherness and unity that the game series instilled.  While there were some iconic set-pieces and frames that looked like they could have been ripped straight out of the game series, it just lacked the actual feeling.

Then we have ‘John Wick‘ which ticks all the boxes and, with its own rich history that it can delve into, could create a series of its very own where it dips in and out of history to tell the tales of men and women that were just as effective and influential as Mr. Wick and create a sprawling universe of its own. 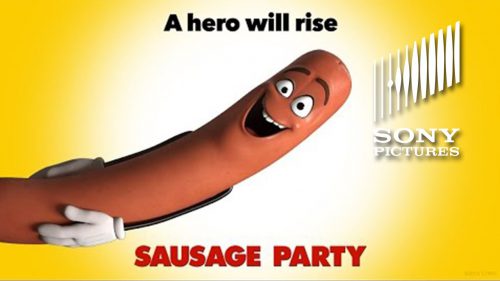 Sausage Party is more than foul-mouthed fruit and veg running amok – there are some very funny and clever moments within it.

I went in with high expectations – the trailer sold me on it since I first saw it and prior to that I was waiting with anticipation when I initially heard about Seth Rogen’s latest venture.  Tie in the fantastic voice cast and sublime animation and you have an awesome film.