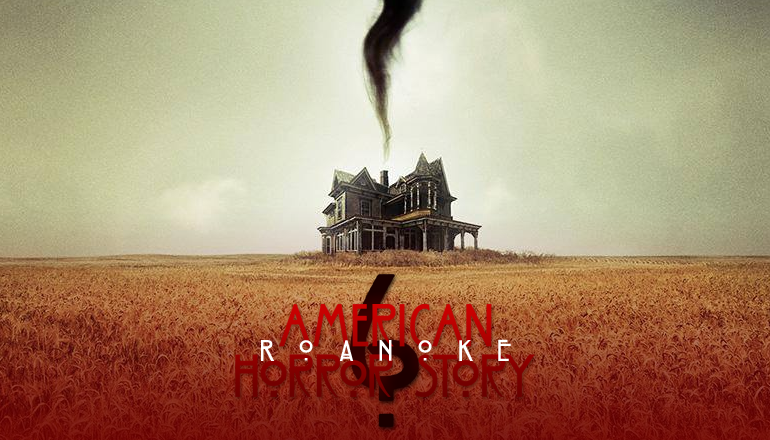 After months of speculation, we now know the theme for the latest in the AHS series.  We’re three episodes in and I wanted to share my thoughts.  This latest offering gives us a completely different means of story-telling.  With the visuals and setting resembling The Blair Witch Project in episode one and the ‘reconstruction’ scenes then cutting to a documentary style interview with the key players, it’s a very unusual yet oddly compelling mechanism.

By the time the credits rolled on episode one, I wasn’t sure how I felt.  It was a really good episode but I felt that the way the story was told was a bit of a detractor – the other season premieres were incredibly gripping and dumped you into the thick of it.  But after I had time to process the setting and the subtitle, and realising that Roanoke seemed familiar to me, my opinion soon changed.  My knowledge of Roanoke was sparse and really only resurfaced way back in season two of Supernatural when there was the Croatoan episode.

The mystery of the Roanoke colony soon drew me in to the subject matter, I was reading a lot of articles and theories online and it really captured my imagination in terms of the reality of it as well as what journey AHS may take us this season.

Anyhoo, back to the show.  Chapter 2 (the episodes are just named Chapter 1, 2, 3 etc. this time around) fed us a few other tidbits.  I won’t drop any spoilers but certain elements reminded me of the events in season one (Murder House).  Maybe this is/was intended but either way I sensed a connection.  We see a few more familiar faces this episode and some pretty sick shit going on.  Pigs are a common theme and done in a way that, if I didn’t love bacon so much, I may have turned my dietary back on pork.

Chapter 3 introduced us to ‘Cricket’.  If you recognise him it’s probably because he was in ‘Coven’.  We learn more about Roanoke and some of the key players, such as ‘The Butcher’ and the show’s take on the disappearance of the colony.

I’m pretty keen to see where this show is going this season.  ‘Murder House’ and ‘Asylum’ have been my favourites so far.  I found that ‘Freak Show’ and ‘Hotel’ lacked any point/end game.  Perhaps I disengaged and missed the point they tried to convey but I found I didn’t care about the story and failed to grasp the whole point of them.

I’m hoping this season maintains its grip on my imagination and gives some amazing shocks as well as the compelling story it has set upon.

I’d love to see what everyone else’s thoughts are – hit me up in the comments and share your views.